On Saturday we decided to head to Brooklyn to have a look and see if it is a nice place to live.

We took the subway, which took an hour! During the week though it would likely be only a half hour. We got out of the subway at Park Slope and walked down the Main Street. There were lots of children’s stores, indicating it is a fairly child centred area. We had a yummy lunch at one of the local cafes, where we chatted to an Australian waitress who talked up Brooklyn.

After that we went to Prospect Park, which is Brooklyn’s version of Central Park. It has playgrounds, a big lake, carousel, zoo and much more. We definitely didn’t get to see it all! 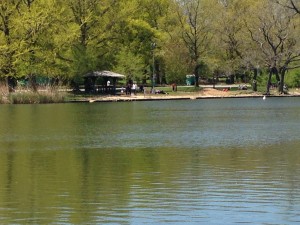 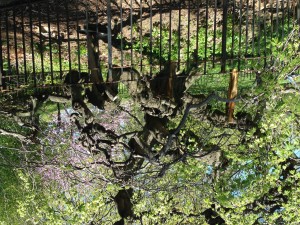 Of course we had to check out a playground before Tate’s nap, so we had a play at Vanderbilt Playground. It was quite a popular playground, compared to at least one other that was empty. 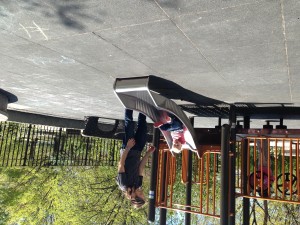 Going down the slide all by himself! 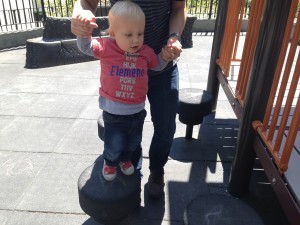 Having fun jumping from stool to stool.

After the park we headed over to the Brooklyn Botanical Gardens. Despite charging admission (unlike in Australia) the place was packed! The botanical gardens boast a children’s garden, cherry blossoms, Japanese gardens, greenhouse and much more.

The cherry blossoms were beautiful to see and a very popular area. We got to Japan too late to see them in bloom, so it was lovely to see them at the gardens. 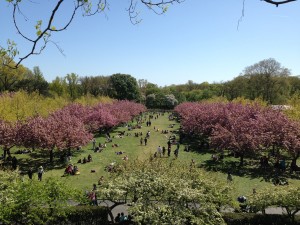 Tulips appeared to be very popular, both in the botanical gardens and Prospect Park. 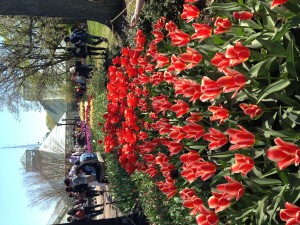 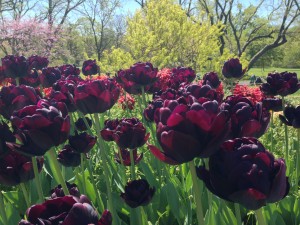 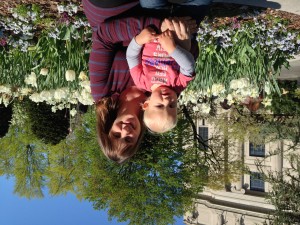 Tate and I enjoying the tulips at the end of the gardens.

Will we end up living in Brooklyn? We’ll just have to wait and see……

3 comments on “Saturday at Brooklyn”