A flower as big as Knox’s head!

We weren’t aware that the Enid A. Haupt Conservatory was running an exhibit called ‘Kiku: The Art of Japanese Garden’. We are so glad that we were able to see this. Such amazing flowers trained and arranged in mind boggling ways. I would love to search out Kiku when we visit Tokyo next month, however I think we would be disappointed as they are around more in Autumn and it will be winter by then.

There are hundreds of flowers there but only one stem! 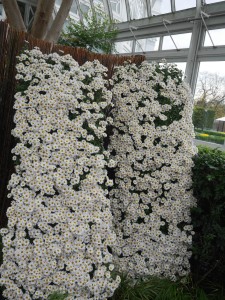 Ogiku meaning triple stem. The plants are trained to grow one huge blossom atop the stem.

I reckon this could make a cool Christmas Tree!

Our next stop was the Haunted Pumpkin Garden. Tate has enjoyed seeing all the pumpkins around and he just loves to ask and pose for photos these days, so we got an abundance of photos of him enjoying this garden!

At the entrance to the garden.

Posing on another pumpkin!

The Haunted Pumpkin Garden was located inside the Everett Children’s Adventure Garden. Throughout the area there were lots of carved pumpkins – mostly fake pumpkins though; which was kind of obvious when you looked close!

Along with lots of carved pumpkins there were some big pumpkins to marvel at! 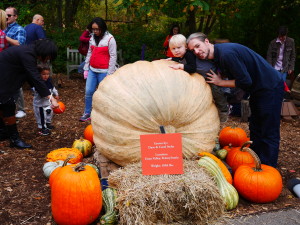 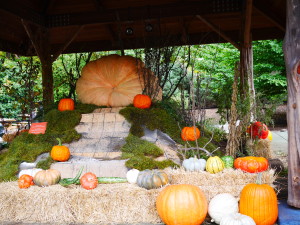 After the Haunted Pumpkin Garden we happened upon a ‘Creepy Creatures of Halloween’ talk. We didn’t see the majority of it but we got to see a gigantic snake that a person had accidentally bought as a household pet. As the speaker said ‘Do your research!’. This snake could grow to 2x the average adult male. Not exactly pet material!

After this, it was time to sit down and have some lunch and a run around on the grass. Everyone was a little tired too, so some rest was in order!

Laying on the grass with daddy. 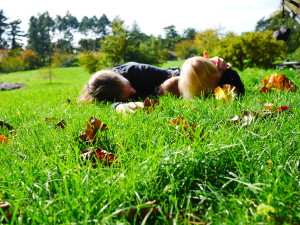 Time for a game of chasey.

When we went to the Kiku exhibit we noticed that that they were setting up instruments for a music performance. So, our last stop for the day was to head back and watch Taiko Drumming. Tate was eager to watch the drumming but looked a little perplexed whenever they spoke or yelled as he had no idea what they were saying. Tate even got to try out some drumming himself. Unfortunately there was still quite a big crowd watching when it was his turn and he got a little shy! 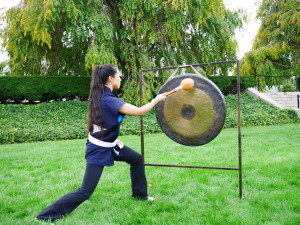 Looking perplexed at the difference in language!

Knox enjoyed it too! 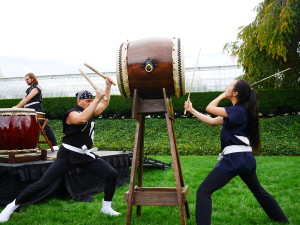 I loved how ‘dramatic’ it all was. Every hit on the drum included big movements! 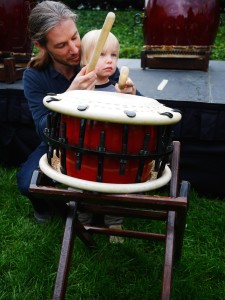 Too shy, so daddy did all the drumming!