In the months leading up to our trip back home I had been thinking about potentially taking the kids to see and interact with Kangaroos and other Aussie animals. Although the kids know about such animals; they haven’t seen them in person.

So, when the opportunity presented itself, we were very excited and keen to go! Our trip there had a false start with the kids getting car sick in the car! I guess driving in the hills isn’t for everyone. We needed to take a quick trip to a neighbouring town to buy some new clothes for the littlies. 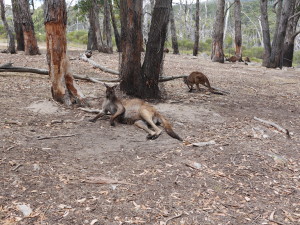 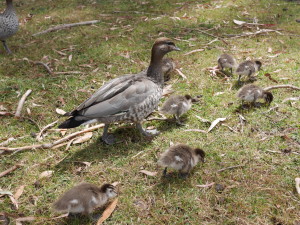 First stop when entering the park was to check out the Kangaroos – with food in hand. Tate, being an old hand at feeding Goats, Sheep and Alpacas at the children’s zoo, didn’t even blink when it came to trying to feed the Kangaroos. 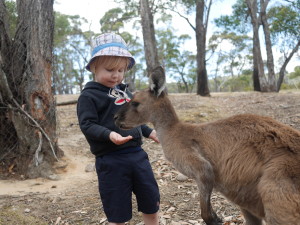 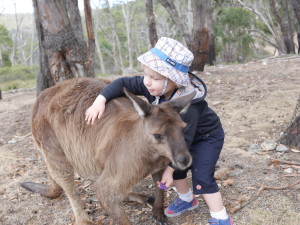 Knox enjoyed his introduction to Kangaroos and was gorgeous to watch while he fed them. He even learnt a new word – “A Roo” and got a bit disappointed every time they hopped off: saying “A roo gone”. 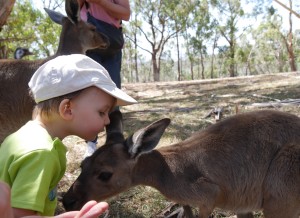 All around the the wildlife park were little Southern Brown Bandicoot and Long-nosed Potoroo. Despite the explanation they had about the differences between both animals, we still couldn’t work out which ones were which! The Bandicoot has a long snout, small rounded ears, short tail and large rump. The Potoroo has a pointed nose and grey-brown fur. Either way though, they were cute and fun to feed! 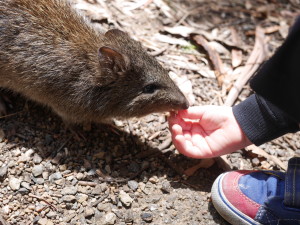 Besides feeding Kangaroos, another highlight was seeing the Koalas and getting to touch one of them. First we checked them all out in their hut and then it was time to head to the area where you can touch a Koalas. Apparently the Koalas work in 30 minute shifts, so we were the second group to be able to shower our particular Koala with attention. His name was Jay, we were told, because his favourite radio station is Triple J! 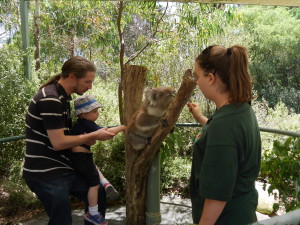 I think we can safely say that the kids had an excellent time and wouldn’t hesitate to go back again! 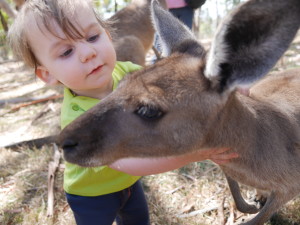 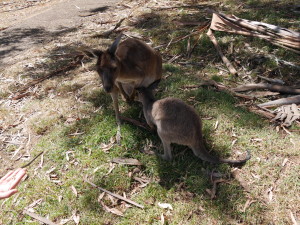