Last weekend we headed to Washington DC for a weekend of exploring with our friend Luke, who was here on holiday. We started the day early with collecting the car and packing it all up. Tate was excited to go to Washington DC but didn’t quite understand that it was 4.5 hours away. In his mind we were driving there for lunch! Not sure exactly what gave him that idea but he kept saying that we were going to DC to eat. What made it more confusing for him was our stop in Baltimore for lunch! Given our time constraints with getting the car to the hire company in DC we were unfortunately unable to check out Baltimore. We’ll have to do it another time…..

After arriving in DC we settled in to the hotel while Richard and Luke returned the car to the company in DC and came back. We stayed in Rosslyn, which isn’t directly in DC but was easily accessible by a 20 minute subway ride.

Given it was late in the afternoon we decided to take a walk in Rosslyn, instead of heading into DC for the afternoon. We went for a walk over to Thomas Roosevelt Island. It is located in the Potomac River. 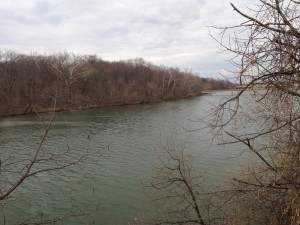 Tate enjoying the view of the river.

Entrance to the footbridge.

Along the footbridge there are nice views over the river and towards the city. You could also see A LOT of airplanes flying towards the airport. We saw at least one person enjoying watching the planes fly across! 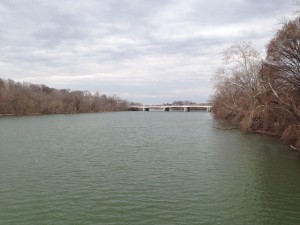 A view of the river.

Another view of the river. 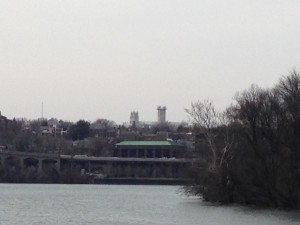 A view towards the city.

On the island there are trails going around, however, given that it s a national park and closes at dark, we decided we didn’t really have time to explore and therefore headed straight to the memorial which features a statue of Roosevelt himself. 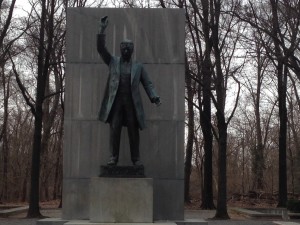 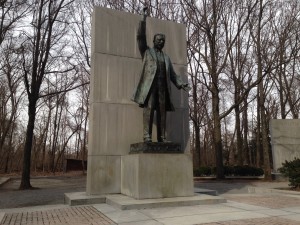 Another of the statue. 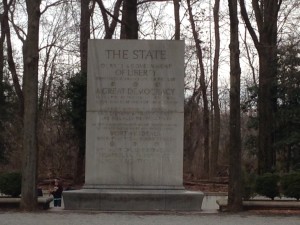 A monolith with a famous quote of Roosevelt’s on The State. 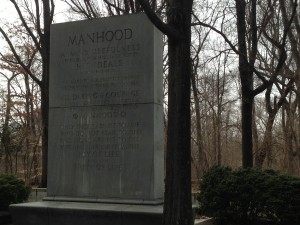 Another monolith featuring a quote on Manhood by Roosevelt.

Now a quote of Roosevelt’s on Nature. 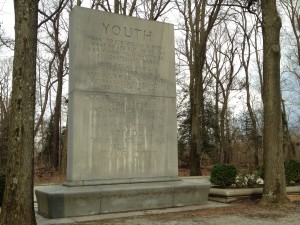 Lastly a quote of Roosevelt’s on Youth. 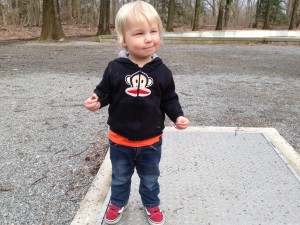 Tate and his ‘treasures’.

After checking out the memorial we went for a quick walk along the trial to get back to the footbridge. It was a bit tricky to push the pram through the wilderness but at least we got a glimpse into what the rest of the island was like. 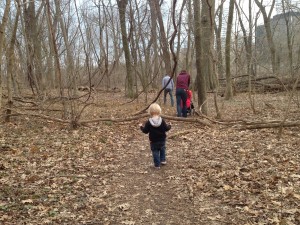 Walking back towards the footbridge. 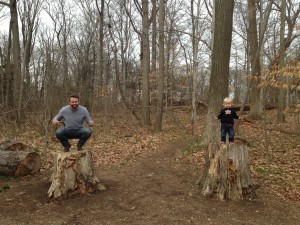 Tate and Luke posing for a photo!